Can An Employee Be Forced to Work Overtime? 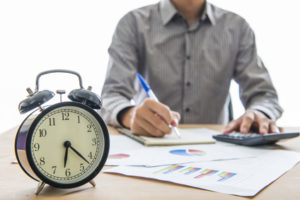 An employee can cancel this type of agreement at any time by giving the employee two weeks’ notice.  The ESA does not explicitly deal with overtime requirements between the weekly hours of 40 and 48 hours in but recent decisions appear to have established the principle that an employer cannot force an employee to work beyond agreed upon set hours.

This bare truth was reinforced in King v. Toyota Manufacturing Canada Inc., 2002 (an unreported decision of Ontario Employment Standards Officer Sheridan Barker).  In this case, the employee, Paul King began working for Toyota in 1988 (prior to the major revisions to the ESA in 2002).  He was subject to a mandatory overtime policy which said that his standard work week was 40 hours but he would be required to work overtime from time to time.  By January 2002 (when the current ESA came into force), Toyota advised King and its other employees that they would be required to work 10 hours a day, and that Toyota would initiate corrective action against those who refused.  With help from his union, King filed a claim with the Ministry of Labour alleging Toyota contravened s. 17 of the ESA because Toyota was forcing its employees to work more than its regular work day being 8 hours a day.  Toyota relied on s. 32.1 of Ont. Reg. 285/01 to argue that it did not have to comply with s. 17(1) where the employee had agreed (under the previous act), at the employer’s request through an arrangement, to work hours in excess of their regular work day.  The Employment Standards Officer rejected this argument because Toyota had never asked Mr. King to work overtime, rather Toyota mandated the overtime through a policy.

This bare truth was more recently recognized in Cover-All Computer Services Corp. v. Lowe, 2007 CanLII 10786 (ON LRB).  In this case, the employee Lowe’s regular work hours as a machine operator was 8 hours a day.  However, a certain project the employer took on required employees to work overtime for a period of 10 days, four times a year.  The arrangement in the past was that employees would work three days overtime (8-6pm) and then three days on a regular shift (8-4pm).  A new manager came on board and required Mr. Lowe to work overtime through the duration of this project.  Mr. Lowe was willing to work the rotational overtime arrangement has he had done in the past but this new manager refused.  Eventually, the manager fired Mr. Lowe for cause, in part, because he refused to work the additional two hours one day.  The OLRB held that the employee’s actions to refuse to work overtime did not amount to wilful misconduct as he was simply exercising his rights under s. 17(2) to not work overtime that particular day.

The takeaway from these decisions is that overtime is not mandatory, and in no uncertain terms can it be imposed with the threat of discipline on the part of the employer, including termination.  Rather, overtime has to be explicitly agreed to by the employee and set out in a written agreement with the employer.