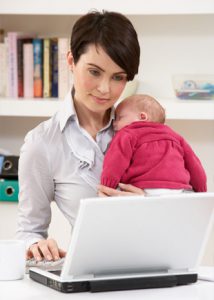 By: Kathryn Marshall and Karina Pogosyan

Pregnancy discrimination is still something that is prevalent in the workplace, albeit more subtle then it was decades ago. Many women have stories of being treated adversely as a result of pregnancy.

This is despite the fact that there are a multitude of laws which protect women from discrimination of this sort.

Under the Human Rights Code, R.S.O. 1990, c. H. 19, (the “Code”), employers are prohibited from differentiating between their employees on the basis of their sex.

Section 5(1) of the Code calls on employers to ensure that all workers, both male and female, are protected against discrimination based on sex. Section 10(2) includes the right to equal treatment because a woman is or may become pregnant.

Protection for women against discrimination due to pregnancy under the Code is interpreted broadly and extends to circumstances related to pregnancy, such as: miscarriage, abortion, complications due to pregnancy or childbirth, conditions that results directly or indirectly from an abortion or miscarriage, recovery from childbirth and breastfeeding, just to name a few.[1] In this way, the Code recognizes that women’s experiences with pregnancy will differ and protects women from discrimination and adverse treatment in employment and other social areas because of their sex (pregnancy).

The Code’s protections of women from discrimination due to pregnancy in the workplace extend to pre-employment context as well. For example, an employer is prohibited from asking a prospective female worker questions that probe whether or not she is or intends on becoming pregnant and any questions surrounding her family status.[2]

Similarly, it is against the Code for an employer to fire, demote or lay off a female worker if she is or might become pregnant. Thus, there can be a finding of discrimination because of sex even if the employer provides notice or payment in lieu of notice to her.[3]

Furthermore, a female worker has the right to retain her position and to receive the same consideration from her employer for professional benefits and opportunities irrespective of her pregnancy or potential pregnancy.[4]

For example, an employer cannot rely on the female worker being pregnant or potentially becoming pregnant as the reason not to hire or offer her a promotion or a training opportunity. Following a pregnancy or a return from a parental leave, the employer must return a female worker to her previous job position, or if it is no longer available, to the position most similar to the one she held last.[5]

A female employee also has the right to ask the employer to change her job duties or any rules surrounding the performance of her position, if these relate to her pregnancy. In such cases, employers should be mindful of their legal duty to accommodate the worker’s reasonable requests for accommodation and work together with the worker to come up with a workable solution, unless doing so would cause the employer undue hardship.[6]

The costs of non-compliance with the Code for employers can be significant. In ADGA Group Consults Inc. v Lane,[7] 2008 CanLII 39605, the Divisional Court confirmed that there is no limit on the amount of general damages that can be awarded where discrimination is found. The court reasoned that setting the amount of general damages too low could trivialize the social importance of protecting against discrimination by essentially creating a “licence fee” to discriminate.

Recent cases show that the range for the general damages awards for cases of discrimination on the basis of sex are between $10,000 and $20,000.[8] Cases where claims of harassment on the basis of sex and related issues in the context of employment were established have seen awards ranging from $12,000 to $45,000.[9]

The quantum of the general damages award will ultimately depend on the individual facts of each case, the number and seriousness of the offensive incidents, as well as, the impact on the individual who experienced them.[10]

In addition to general damages award, it is not uncommon for the court or the Human Rights Tribunal of Ontario to award special damages to compensate the individual for lost wages, and lost maternity and parental benefits as a result of discriminatory termination from employment.

Section 8 of the Code protects female workers against reprisal or threat of reprisal from employers for claiming or enforcing their rights, instituting or participating in proceedings under the Code and refusing to infringe the right of another person.

Under section 46 of the Employment Standards Act, 2000 (“ESA”), pregnant employees are entitled to a leave of absence without pay unless her due date falls fewer than 13 weeks after she commenced employment. If she has enough insurable hours, she will also be entitled to EI benefits. Arrangement such as “salary top-ops” are at the discretion of the employer and not mandated by law.

Similarly to the Code, the ESA protects employees from reprisal for making a complaint or exercising their rights under the ESA.

What Should You Do If Being Discriminated Against?

Whenever in doubt about your rights and obligations as an employee, it is always prudent to consult an experienced employment lawyer to obtain advice on the individual circumstances of your situation.

Anytime a woman feels discriminated against on the ground of sex due to pregnancy, she should speak to an experienced employment lawyer, keeping in mind that not all discrimination is overt and readily identifiable.

There are a number of options available, which include making a complaint to the Labour Board, and commencing a legal action in court or the Ontario Human Rights Tribunal. However, each situation is different and requires an assessment of the facts and circumstances.