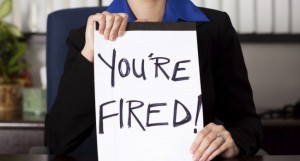 In Acumen Law Corporation v Ojanen, 2019 BCSC 1352, Ms. Melissa Ojanen (“Ms. Ojanen”) was hired as an articling student at Acumen Law Corp (“Acumen”) where she worked for three (3) months until she started her Professional Legal Training Course (“PLTC”) as part of the licensing requirement for British Columbia.

Acumen decided to terminated Ms. Ojanen in front of her peers during her licencing course and served her with a claim for breach of contract, theft, wrongful use of marketing materials n and trespass by entering into Acumen’s premises after hours without permission. In what the Court considered “unnecessary and psychologically brutal”.

In its claim, Acumen asserted just cause for terminating Ms. Ojanen, and claimed notional damages in a substantial amount without proof of loss.

In what turned into a three (3) year legal battle, the Supreme Court of BC found that Acumen did not have cause for terminating Ms. Ojanen, and that all of their claims against her were unsubstantiated.

Ms. Ojanen was awarded damages for wrongful dismissal in the amount of $18,934, representing the balance of her articling term, and $50,000 in aggravated damages due the abhorrent manner of dismissal and severe emotional effect on Ms. Ojanen and her career.

Ms. Ojanen was forced to defend this claim while simultaneously trying to finish and pass her bar admissions course, and find an alternate articling position. As of the date of the decision, Ms. Ojanen was unable to obtain alternate articles and had not successfully completed the licensing process. She was unemployed and had been homeless for over three (3) months until she persuaded her parents to permit her to move in with them.

Acumen’s claim caused Ms. Ojanen profound mental and emotional distress, and rendered her unemployable in the legal profession. When applying for alternate legal employment, she was required to disclose Acumen’s unsubstantiated allegations of theft and trespass. She was humiliated in front of her peers, unable to focus on her studies, and has ultimately been unable to fulfil the requirements of the licensing process.

However, the Court declined to award Ms. Ojanen damages based on the loss of opportunity to become a lawyer because Ms. Ojanen failed to present evidence that would enable the Court to value the potential increase in her income-earning capacity as a lawyer. Had Ms. Ojanen been able to present such evidence, the damages in this case might have been much more substantial.

This case is a cautionary tale to employers who pursue merit-less claims against their employees.

In accordance with the leading decision on moral damages in Canada, Galea v Wal-Mart Canada Corp., 2017 ONSC 245, the employer’s post-termination conduct, particularly its conduct in litigating the employee’s claim, will be considered in assessing the manner of dismissal when awarding moral damages.