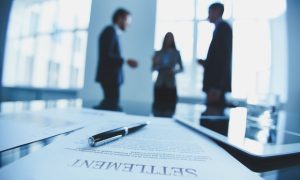 According to the Ministry of the Attorney General, in Ontario, over 90% of all lawsuits settle before trial, the terms of which are usually confidential. In employment law, this number likely trends towards 95%.

In that regard, in litigation, the importance of the “Offer to Settle” cannot be overlooked. It is the role of an experienced employment law litigator to orchestrate and advise if, when, and how an Offer to Settle can be made.

The “appropriate” Offer to Settle

The use of the word “appropriate” in this context is intentionally loaded, because it refers not only to a suitable monetary amount, but also to the type of Offer to Settle, being a “Rule 49 Offer to Settle” or “Non-Qualifying Offer to Settle”, and also “With Prejudice” or “Without Prejudice”, as well as the strategy behind when it should be made.

The main benefit of a Rule 49 Offer to Settle is that it can result in significant cost savings, and moreover, it can even resolve the case in its entirety.

The distinction between a Rule 49 and Non-Qualifying Offer to Settle is that in order to technically qualify as a Rule 49, the Offer to Settle must meet certain criteria established by the Rules of Civil Procedure, namely, it:

Beyond simply qualifying, in order to attract the above-noted significant cost savings, the Offer to Settle must have been as favourable, or more favourable, than the judgment obtained.

In Ontario, we utilize what is commonly referred to as a “loser pays” system, wherein not only does the successful party receive the sought after remedy (usually, but not always, money), they are also usually entitled to reimbursement by the losing party for about 30 – 40% of their legal costs, a concept commonly referred to as “partial indemnity costs.”

However, if a plaintiff obtains a judgment, which turns out to be as favourable, or more favourable than a Rule 49 Offer to Settle, usually he or she would enjoy reimbursement of partial indemnity costs up to the date of the offer, and 70 – 80% of their legal costs from the date of the Offer to Settle up to and including trial, a concept commonly referred to as “substantial indemnity costs.”

Alternatively, if a defendant, usually a company in a wrongful dismissal lawsuit, tenders a Rule 49 Offer to Settle and the plaintiff obtains a judgment as favourable, or less favourable, while the plaintiff would still likely be entitled to partial indemnity costs up to the date of the offer, usually, the defendant would be entitled to partial indemnity costs from the date of the Offer to Settle up to and including trial.

In other words, given that preparation for and attendance at trial are typically the most expensive components of a lawsuit, a tactical defendant may be ordered to pay damages, but receive a large portion of it back in a costs award, which could technically be an amount greater than the damages award!

When to make the Rule 49 Offer

Indeed, it is tempting for individuals and companies to desire to make the Rule 49 Offer as early in the litigation process as possible, in order to maximize the potential application of substantial indemnity costs.

However, for employees, at least, it may be wise to wait, for example, until all elements of compensation are clearly understood and the evidence is gathered because if the Rule 49 Offer to Settle is too low, given that it must be left open prior to the commencement of trial, it could be snatched up by the employer causing the employee to leave dollars on the table. Alternatively, while some will ensure their Rule 49 Offer is overstated in order to avoid this situation, this approach may defeat its purpose, given that employees must achieve at least the same, or better result than the Rule 49 Offer, at trial.

To be clear, while Non-Qualifying Offers to Settle (i.e. time-sensitive or made less than seven days before the hearing or trial) cannot result in enhanced cost savings, they are also made for strategic reasons and still have a time and a place for them in the litigation process.

With Prejudice or Without Prejudice

Another key difference between a Rule 49 Offer and a Non-Qualifying Offer to Settle is that the former is generally intended to be “With Prejudice” while the latter is “Without Prejudice.”

A Without Prejudice, Non-Qualifying Offer to Settle is not and cannot be relied on as an admission of potential liability and cannot be used against the tendering party as evidence of wrongdoing or anything.

On the other hand, a With Prejudice Offer to Settle, such as a typical Rule 49 Offer to Settle, is used at the conclusion of trial as evidence that a party was being reasonable in its efforts to reach a fair settlement and as stated above, could persuade a judge with respect to apportionment of legal costs.

For example, in the recent case of Ramos v. Hewlett-Packard (Canada) Co., 2017 ONSC 4413, the employer, following a Without Cause termination, included a separation package and enhanced severance package, in exchange for execution of a full and final release, which it referenced in its Statement of Defence as evidence that it made a reasonable Offer to Settle to the employee. It was intended to be With Prejudice. However, based on the particulars in and the context surrounding the Offer to Settle, the court deemed it to have been made Without Prejudice, causing it to be struck from the Statement of Defence and incapable of being relied upon at trial.