Nagribianko v. Select Wine Merchants Ltd: What are the implications of being dismissed during the probationary period?  By David Master

The “probationary period” is one of the most misunderstood concepts in employment in Ontario. Although not defined in the Employment Standards Act, 2000 (the “ESA”), it is commonly understood to refer to a “trial period” during which the employee can be let go without any obligation on the part of the employer. Many assume that every employee has a probation period. And many are surprised to learn that:

At trial, the Deputy Judge found the meaning of the term “probation” to be unclear on its face and accepted the employee’s subjective understanding of the probationary period, which was that if he performed well, his employment would continue after it ended. The Deputy Judge awarded common law reasonable notice damages of four months.

On appeal, the Divisional Court overturned this ruling because the Deputy Judge:

The Divisional Court classified the nature of the employment relationship during the probationary period as “tentative” and explained:

That was not the end of the story, however. In a brief decision, the Court of Appeal for Ontario upheld the Divisional Court’s decision and clarified:

The Court of Appeal for Ontario did not provide clarification on the suitability threshold or guidelines regarding making a good faith determination. As a result, employees dismissed during or following the probationary period will find it extremely difficult to challenge the basis of their dismissal, unless they can direct the judge to evidence of bad faith.

However, one recent case from the British Columbia Supreme Court, in finding that an employer did not exercise good faith, considered whether: 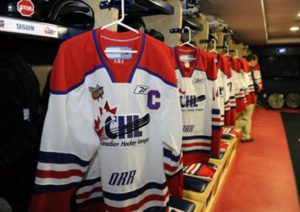 In the US, NCAA student-athletes have been repeatedly denied in their attempts to certify a class-action alleging that they are in fact unpaid employees or interns who deserve to be paid.

While this debate may be all but over in the US, it is just heating up in Canada.

In 2014, a $180 million class-action lawsuit was commenced in Ontario on behalf of the players in the various major junior hockey leagues across Canada. The lawsuit claims compensation for allegedly underpaid players, arguing that they receive less than the minimum wage and that the players should collect holiday, overtime and vacation pay.

In April 2017, Perell, J. of the Ontario Superior Court of Justice certified the class of players, including players who are members of a team owned and/or operated by one or more of the clubs located in the Province of Ontario or were at some point commencing October 17, 2012 and thereafter (the American teams, of which there are two in the Ontario Hockey League, were excluded).

The key issue in the case is whether the players are employees. Mr. Berg, one of the representative plaintiffs, pled that in 2013, he signed a “Standard Player Agreement” (“SPA”), which provided that in exchange for providing his services, he would receive a fee of $50/week for three seasons commencing August 31, 2013. He explained that in September and October 2013, he devoted about six hours a day, seven days a week to providing services. When the team travelled, he would devote longer hours, up to twelve hours a day. He received $50.00/week by cheque. He did not receive the minimum hourly wage rate governed by the ESA, nor vacation pay, holiday pay, or overtime pay.

He pled that he was an employee because of the control the team exerted over him, namely:

The Defendant hockey organizations deny that they have an employment relationship and portray themselves as benefactors of their players with the mission of putting the players first. They assert that they:

While this certification decision by Perell, J was not a hearing on the merits, both sides showed their hands with regard to the arguments to be expected at trial and it is safe to say that the gloves are definitely off.