Bill 148 Brings Big and Not So Big Changes to the Employment Standards Act, 2000  By Geoffrey Lowe 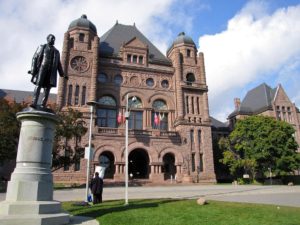 In May the Changing Workplaces Review released its long-awaited Final Report, the culmination of two years of work spearheaded by special advisors C. Michael Mitchell and Retired Justice John H. Murray. This report suggested sweeping changes to Ontario’s Employment Standards Act, 2000 (the ESA), including wage normalization for some overlooked employees, changes in how the Ministry of Labour addresses ESA violations, and substantial changes to how workers obtain outstanding wages subsequent to their employer’s bankruptcy.

A week after the release of the Report, the Ontario government released its own set of suggested changes to the ESA, largely omitting the recommendations in the Report. These changes, codified in Bill 148, the Fair Workplaces, Better Jobs Act, 2017, included:

The majority of the changes suggested in Bill 148 will benefit precariously-employed workers, including individuals employed part-time and those working for temporary agencies.

The First Reading of Bill 148 was on June 1, 2017, and the Bill has been moved to committee for comment from a broad spectrum of stakeholders. It is accordingly impossible to determine with certainty what changes to the ESA will be implemented by the final version of the Bill.

If Bill 148 is enacted as it presently reads it will lead to dramatic changes in how employers interact with and manage their staff. This makes now the optimal time to review your company’s human resources policies and procedures to be sure that they are not in opposition to the potential changes coming to the ESA. MacDonald & Associates can assist you with this by performing an HR Checkup on your existing policies and procedures to ensure that they are compliant with today’s law and ready for tomorrow’s changes. Contact MacDonald & Associates today to schedule your HR Checkup.

The Tort of Harassment 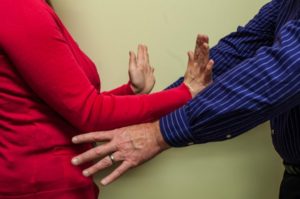 In Merrifield v Canada (Attorney General), Justice Vallee of the Ontario Superior Court of Justice recognized the existence of the common law tort of harassment in Ontario. The elements of this tort were first described by Justice Prowse of the British Columbia Supreme Court in Mainland Sawmills Ltd. v IWA-Canada, Local 1-3567 in 2006 as identical to the American tort of intentional infliction of emotional distress, specifically:

In Mainland, Justice Prowse cited American jurisprudence for the definition of the requisite level of emotional distress as “emotional distress of such substantial quantity or enduring quality that no reasonable person in a civilized society should be expected to endure it”.

The elements in Mainland had been cited in Ontario in several harassment cases prior to Merrifield, but had not been applied individually. Merrifield remains the sole instance of an Ontario court applying the individual elements of this tort to a set of facts.

Merrifield involved a decade-long campaign of harassment against an RCMP officer by a Superintendent Mark Proulx, a Javert-like figure in RCMP’s middle management. This campaign included repeated allegations of misconduct against Officer Merrifield, many of which led to formal investigations, all of which cleared Officer Merrifield of any wrongdoing, and repeated transfers of Officer Merrifield out of his area of expertise over his objections and despite his demonstrated competence in this area.

Officer Merrifield sued the RCMP for condoning and enabling Superintendent Proulx’s actions and was awarded $100,000.00 in damages against the RCMP for harassment and intentional infliction of mental suffering.

In applying the elements of tort to Officer Merrifield’s situation, Justice Vallee noted that the plaintiff was not required to provide medical evidence of emotional distress

This tort has not been subsequently applied in any Ontario court. The judgment in Merrifield was the result of almost a year and a half of trial. An appeal is almost guaranteed. Whether harassment will continue to exist as an independent cause of action remains to be seen.

Are you an employee who feels that they have been harassed by their employer or a colleague at work? Contact MacDonald & Associates today to discuss your rights and potential remedies.

The long-term result in Merrifield will not impact an employer’s obligations to have a comprehensive Anti-Harassment and Workplace Violence Policy in place and to ensure that its procedures are followed. MacDonald & Associates can assist employers with drafting and implementing an Anti-Harassment and Workplace Policy. In the worst case scenario, we can help you respond to employee allegations of harassment. Contact us today to discuss your rights and obligations.

In April 2017’s Latest Chapter in Employment Law we told you about TTC’s soon to be implemented Drug and Alcohol Testing Policy, and the ATU’s unsuccessful attempt to seek an injunction to block its implementation. Since testing has begun at least five TTC employees have failed the test, four for drugs, and one for alcohol. The TTC has stressed that none of the five employees were transit operators.