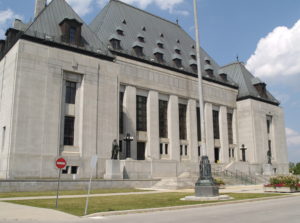 The Supreme Court of Canada’s decision in Saadati v. Moorhead [1] is making waves in the personal injury bar for its ruling that a plaintiff alleging a mental injury is not required to adduce medical evidence that their injury is a recognizable psychiatric illness, which has long been the standard in Canadian tort law.

The implications for Canadian employment law are equally significant, given that claims for moral damages have often been defeated due to a lack of medical evidence. The question of whether medical evidence is required to establish a terminated employee’s mental distress in establishing their entitlement to moral damages is one that has plagued litigators in this area. Canadian courts have rendered contradictory decisions, and counsel on both sides have been able to point to appellate authority which supports their client’s position. Now, it appears that the Supreme Court’s decision in Saadati may put to rest any notion that medical evidence is required to obtain moral damages, given that the requirements to prove moral damages have always been a lesser standard than for tort.

In this case, Mr. Saadati was unfortunate enough to have been involved in five separate motor vehicle accidents. The lawsuit related to the second of these accidents; the Plaintiff claimed that he had suffered both physical and mental injuries.

Although numerous medical professionals provided evidence at trial, the judge, Mr. Justice Funt, ruled much of that evidence inadmissible or of no weight, and the admissible medical evidence did not establish that the Plaintiff had suffered from either a physical or mental injury as a result of the second accident. [2]

However, the Court did make a finding that the Plaintiff suffered a psychological injury, solely on the basis of the testimony of the Plaintiff’s family and friends. [3]

In support of this finding, Funt J. referred to the medical evidence regarding the Plaintiff’s mental condition prior to the second accident, which revealed that he had no pre-existing mental injuries.

The fact that the July 5, 2005 accident resulted in significant changes to the plaintiff’s personality and created cognitive difficulties was apparent to his family and friends. [4]

He then set out the evidence given by Saadati’s family and friends at trial, concluding that:

Taking a “robust and pragmatic approach” I find that the July 5, 2005 accident caused the plaintiff psychological injuries, including personality change and cognitive difficulties, despite there not being enough evidence to satisfy me that there was a physical injury or concussion. The plaintiff’s personality change and cognitive difficulties such as slowed speech, which could not be hidden from his family and friends, are observable consequences of the plaintiff’s psychological injuries. [5]

On that basis, the Court awarded $100,000.00 in non-pecuniary damages for mental injury.

On appeal, the British Columbia Court of Appeal reversed the decision, holding that the trial judge had erred in awarding these damages without medical evidence of a recognizable psychiatric illness.

The Supreme Court, in its unanimous decision, overturned the British Columbia Court of Appeal and upheld Funt J.’s decision, stating:

In sum – and this is the state of the law which this Court must now evaluate – the law developed by Canadian lower courts (albeit, as I have mentioned, on an unstable premise) requires claimants alleging mental injury to show that such injury has manifested itself to an expert in psychiatry in the form of a clinically diagnosed, recognizable psychiatric illness. This has therefore “place[d] the categories of mental and emotional harm for which damages may be recovered in the hands of psychiatry. Whatever that discipline chooses to identify and name as a psychiatric illness becomes the law’s boundaries for damages in this area” [6]

To be clear, however: while relevant expert evidence will often be helpful in determining whether the claimant has proven a mental injury it is not a requirement as a matter of law. Where a psychiatric diagnosis is unavailable, it remains open to a trier of fact to find other evidence adduced by the claimant that he or she has proven on a balance of probabilities the occurrence of mental injury … I reiterate that what matters is substance – meaning, those symptoms – and not the label. And, the evidence accepted by the trial judge clearly showed a serious and prolonged disruption that transcended ordinary emotional upset or distress. [7]

In employment law, moral damages are awarded to compensate an employee for the employer’s bad faith manner of dismissal where it was reasonably foreseeable that such conduct would lead to the plaintiff’s mental distress. This includes both pre- and post- termination conduct. [8] As with the recognizable psychiatric illness requirement in tort, a requirement for medical evidence for moral damages was developed by the lower courts, with no basis for it in the Supreme Court’s jurisprudence: Neither Wallace v. United Grain Growers [9] (in which the Supreme Court established damages for the employer’s breach of the duty of good faith and fair dealings in the form of an extension of the notice period) nor Honda v. Keays [10] (in which the Supreme Court recast the damages established in Wallace as moral damages, awarded as a lump sum rather than an extension of the notice period, where it is reasonably foreseeable that the employer’s breach would cause the employee to suffer mental distress) made a statement that medical evidence is required in order to support an award of these damages.

Moreover, the Supreme Court was clear in both Wallace and Honda that the focus in the moral damages analysis is on the employer’s conduct. Nonetheless, lower courts have muddied the waters by issuing contradictory decisions on the matter, sometimes awarding moral damages without medical evidence, and other times, stating that medical evidence is a requirement for moral damages. Even the Ontario Court Appeal has released contradictory decisions in this regard: in Slepenkova v. Ivanov, [11] released in June 2009, it upheld an award of moral damages on the basis of evidence that the employer had acted in bad faith by sending a disparaging message about the terminated employee’s reputation to other employees’ pagers, but in Brien v. Niagara Motors, [12] released in November 2009, it overturned a moral damages award on the basis that the terminated employee had not sought any medical attention or professional assistance, nor undergone any therapy for mental distress.

Those who have opposed a requirement for medical evidence to support an award of moral damages have argued that such a requirement off-loads the court’s fact-finding authority onto the medical profession and diminishes the reliability of medical evidence by creating a system of “checkpoint medicals”. In her book, Extraordinary Damages in Canadian Employment Law, Natalie C. MacDonald argued:

If too great an emphasis is placed on the need for medical evidence, Honda will have created a need for lawyers to automatically insist that their client see a doctor every time moral damages are claimed. This, in turn, would lead to checkpoint medicals, where medical reports will be churned out based on the employee’s self-reporting of their condition.[13]

Proponents of the medical evidence requirement for moral damages have made much the same arguments which have been made in support of the recognizable psychiatric illness standard, namely that it provides an objective standard and prevents indeterminate liability. Saadati ends the debate by rejecting these arguments and highlighting that the requirement for medical evidence of a recognizable psychiatric injury imports an arbitrary and legally irrelevant classification scheme into the law. [14] If this is the case for tort, which has a higher evidentiary standard, then it is undoubtedly applicable to moral damages, and should resolve the debate over medical evidence once and for all, and give effect to the Supreme Court’s original direction to focus on the employer’s actions.

The Supreme Court made clear in Wallace  that the purpose of bad faith damages (before they were known as moral damages) is to provide protection for employees at the point at which they are most vulnerable:

The point at which the employment relationship ruptures is the time when the employee is most vulnerable and hence, most in need of protection … the loss of one’s job is always a traumatic event. However, when termination is accompanied by acts of bad faith in the manner of discharge, the results can be equally devastating. [15]

The introduction of a requirement for medical evidence in lower court decisions has mischaracterized the Supreme Court’s reasoning in establishing moral damages, and needlessly complicated the matter by creating an arbitrary requirement for medical evidence which has no actual legal relevance to the issue of whether the plaintiff suffered mental distress as a result of the employer’s conduct. This can be reasonably established on the basis of the plaintiff’s own testimony, or, as in Saadati, the testimony of the plaintiff’s family and friends, who observed the impact on the plaintiff.

Our law should not arbitrarily impose a higher evidentiary requirement on someone whose mental distress was caused by their employer’s mistreatment of them than is imposed on someone whose mental distress was caused by a motor vehicle accident or other tortious negligence. After all, as Mr. Justice Juriansz indicated in his dissent in the case of McNevan v. AmeriCredit, the requirement to establish moral damages in contract is lower than for intentional infliction of mental suffering in tort: for moral damages, “the issue is simply whether the employee suffered mental distress beyond the ordinary within the contemplation of the parties”. [16] And, even in the context of the tort of intentional infliction of mental distress, Madame Justice McLachlin (as she was then) awarded these damages in Rahemtulla v. Vanfed Credit Union “notwithstanding the absence of expert medical evidence”. [17]