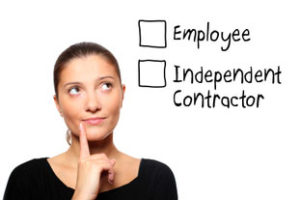 While the issue of classification, or misclassification, of a worker is not new, the debate continues to heat up in novel contexts, most recently, in the realm of class action lawsuit law. This issue is at the heart of employment law because the consequence of being classified as an independent contractor is that the worker is denied some of the most basic protections afforded to employees under the Employment Standards Act, 2000, such as minimum wage and overtime pay.

Last year, a group of 7000 door-to-door sales agents who were hired as independent contractors to solicit contracts for natural gas were certified as a class action in a misclassification case. The representative of the class was a worker who had been employed for about 18 months and claimed that he was earning wages amounting to $3.32 per hour. The employer, Just Energy, recently filed a Statement of Defence and it will likely be heard on the merits in the fall of 2017.

Similarly, in Sondhi v. Deloitte, a motion for certification of a class action was brought by a group of document reviewers, lawyers by trade, who were hired by the accounting firm Deloitte & Touche LLP. In its analysis of whether or not it should certify this group of workers, the court focused on the “central question” of “whose business is it?” In other words:

In finding that the document reviewers were essentially being compensated to carry on Deloitte’s document review business, the court relied on a number of key facts, which include:

Employment lawyers will be keeping a watchful eye on both of these decisions, if and when they are heard on the merits. We expect that these types of class-actions will continue to arise due to increased pressure on employers to reduce labour costs while maintaining production.

It is important to note that it is not always beneficial for workers to be classified as employees and it depends on the worker’s individual circumstances. In fact, in the document reviewers’ case, several workers filed affidavits stating that they preferred to remain as independent contractors. In that regard, independent contractors are able to claim significant business expenses and retain flexibility unavailable to employees.

Sweeting v. Mok: Can you unintentionally dismiss an employee? 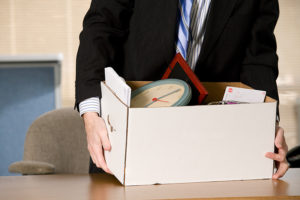 This case arose in 2015 when the plaintiff, Ms. Sweeting, sought damages for wrongful dismissal as a result of the termination of her employment. While Ms. Sweeting claimed that she was dismissed, her employer, Dr. Mok, took the position that she resigned.

Ms. Sweeting was employed as a registered practical nurse with Dr. Mok for over 22 years. She was his practice assistant and office manager. Following the departure of Dr. Mok’s secretary, Ms. Sweeting began managing the administrative work as well, which the court found caused her to be overworked and led to tension in the office.

Dr. Mok asked Ms. Sweeting to learn about electronic medical recording (“EMR”) in order to facilitate a transition to a paperless office. When he followed up with her, she advised that she was extremely busy but she spoke to someone in radiology who would speak to him. This response caused Dr. Mok to become extremely angry and a heated discussion ensued. Initially, cooler heads prevailed and they agreed to meet later on in order to address the EMR issue.

At this subsequent meeting, tensions boiled over and Dr. Mok became increasingly angry and profane with Ms. Sweeting and yelled “Go!  Get out!  I am so sick of coming into this office every day and looking at your ugly face.” The court found that:

While Dr. Mok did not intend to terminate Ms. Sweeting, when he yelled those words at her, he did in fact terminate her.

Some of the key findings of the court in support of its conclusion were that:

The court also found that in the alternative, Ms. Sweeting was constructively dismissed. It relied on the principle that an employer owes a duty to treat its employees fairly, with civility, decency, respect and dignity, and failure to do so was a repudiation of the employment relationship. She was awarded 24 months’ pay in lieu of notice.

The Court of Appeal for Ontario affirmed the trial judge’s decision, which sends a strong message to employers that:

While this case is a win for employees, it should not be viewed as a license to claim that they have been wrongfully terminated and sue for damages if their boss yells at them.

It is important to be mindful that, in this case, the court’s analysis focused on how a reasonable person would interpret those words spoken to a 22-year employee in that close, professional, work environment. In other words, it is possible that the same type of conduct may not be viewed as a termination in a larger or less professional work environment or for a less integral employee with fewer years of service.

Whether it is advisable for an employee to leave their position as a result of derogatory employer conduct is always a question of fact and any employees considering doing so should contact an employment lawyer to discuss their options. Employers faced with termination decisions are also advised to contact an employment lawyer ahead of time to determine risks and minimize liability.