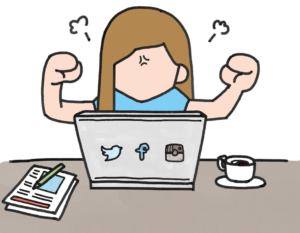 Over the last 10 years, social media has woven itself into the fabric of society and its effect on employment law cannot be ignored. Within the world of HR, social media usually arises in contexts including:

In short, service is the means by which one party to a legal action delivers court documents in order to ensure and be able to confirm that they were received. For example, the Plaintiff in a wrongful dismissal action must serve the Statement of Claim upon their former employer in order to proceed with litigation. The Rules of Civil Procedure (the Rules”), which act as a manual for how to operate within the legal system, contain very specific rules on service. For example, in a lawsuit in which the Defendant is an individual, in order to commence the lawsuit, the Plaintiff would have to serve the Defendant

What if Service cannot be effected?

It is not uncommon for none of the above mechanisms to be possible, in which case, the Plaintiff can ask the court for service by a mechanism not contemplated within the Rules (“Substituted Service”), which the court can grant if the Plaintiff can show that Personal Service or the other mechanisms listed above have been attempted and are impractical. Service by social media is one potential way of effecting service.

Increasingly, Plaintiffs are asking courts to accept Substituted Service through social media and in an oft-quoted 2013 case from British Columbia, the court stated that [these types of applications] reflect the reality of today’s methods of communication which are increasingly electronic.

The ultimate question that the courts will ask is whether the party seeking to effect service has shown that the method will have some likelihood or a reasonable possibility of bringing the document to the other party’s attention. In the context of Facebook, the courts in Ontario have considered the following factors:

Although Facebook continues to be the most common form of social media, there have been successful rulings in Canadian courts for Substituted Service using Twitter and Linkedin. In any event, the courts’ openness to considering service by social media is promising and is evidence of its commitment to reflecting the technologies that have permeated our society.

The issue of service is highly relevant to both employees and employers.

For employers who have been wronged by a departing employee (i.e. theft of confidential information or breach of restrictive covenant), simply relying on the previous employee’s former contact information may not be sufficient (i.e. the employee may have accepted another job in another location, changed physical and email addresses and acquired a new telephone number). Social media may be the only way to find them.

When a party cannot locate another party, it would be prudent to consider whether the other party has a Facebook, Twitter or other social media account. If the Plaintiff still cannot effect service after attempting Substituted Service, the Plaintiff can also consider asking the court to dispense with the requirement of service altogether, which it may allow.

In either instance, employees and employers are advised to contact an employment lawyer prior to making any assumptions about these rules.