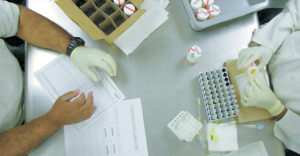 In 2010, the TTC implemented its Fitness for Duty program, instituting drug and alcohol screening for employees in specified positions and reserving the right to implement random testing for all employees. The Amalgamated Transit Union (“ATU”) grieved the program and it went to an arbitration that continues today. In October 2011, the TTC amended this program to include random drug screening. In March 2016 the TTC announced it would begin yearly random drug and alcohol screening of 20% of its employees. The ATU applied for an injunction to block this.

The Court noted that the TTC could unilaterally institute this program where there was a workplace problem of drug and alcohol use, and accepted the TTC’s evidence of this problem, specifically:

Because this order was made prior to arbitration, the Court addressed the fact that the program could be found to violate the Human Rights Code or Collective Agreement. To address this, the Court established a framework for assessing damages to compensate employees who were found to have wrongfully been subject to these tests, based on the formula for damage assessment for intrusion upon seclusion developed by the Ontario Court of Appeal in Jones v Tsige.

In denying the ATU’s requested injunction, the Court noted that permitting this testing to proceed would either deter employees from using drugs or alcohol immediately before coming to work, or detect employees who had done so.

This decision, while widely-publicized, was based on the specific facts and circumstances of that case and is unlikely to impact the implementation of drug and alcohol testing at private workplaces.  The TTC is the fourth-largest transit system in North America, operates in a public-facing, safety-sensitive environment fraught with hazards, and is funded with public dollars. The Court found a clear public interest in having a drug and alcohol free TTC workforce.

Nevertheless, the TTC had to implement the “Rolls Royce of drug testing programs” for it to survive an injunction application, and it may not survive arbitration. Implementing random drug or alcohol testing is never easy, and employers are advised to contact an employment lawyer prior to any such decisions.

Changes to the Courts of Justice Act: Whistleblower Protection at Last? 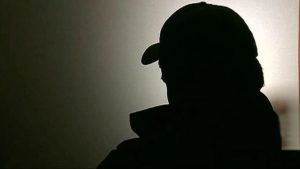 In November 2015, sections 137.1-137.5 were added to the Courts of Justice Act. Courts may now dismiss an action if the purpose of the action was to stifle discussion of matters of public interest. Effectively, these will become Ontario’s first whistleblower protection for non-financial matters.

Employees know more about the actions of their employers than anyone else, and will be aware of any wrongdoing. Often, exposing the employer’s activities will benefit the public but harm the employer. When an employee “blows the whistle”, employers sometimes attack the source by commencing defamation lawsuits against the employee. In many cases, the intimidated employee will accept a resolution which included some sort of public retraction and “gag order”. This effectively kills the story and ensures that the organization is not subjected to further public scrutiny.

The new sections of the Act enable a defendant to have a claim against it struck if they can show that the claim was brought to unduly limit expression of a matter of public interest. If so, it will be struck and the defendant provided its costs on a full indemnity basis. This provides employees with some protection.

Consider this scenario: an employer is sanctioned for violating health & safety protocols but fails to make changes to the work process and continues to endanger the health of their workers or the public. To draw attention to this, an employee speaks to the press about these violations. If the employer commences a defamation action, these new sections of the Act allow the defendant to bring a motion seeking to have the defamation claim quashed.

Any employees facing the possibility of becoming a whistleblower are advised to contact an employment lawyer to understand their rights further.