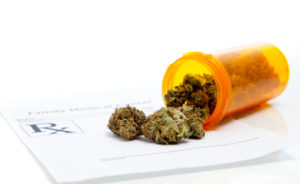 Health Canada estimates that by 2024, 450,000 Canadians will be authorized to use medically-prescribed marijuana. Pending legalization may also create an increase in people “self–medicating” and casually using marijuana.

The issue of marijuana in the workplace has generated a lot of attention, but what have our courts, arbitrators and tribunals said about it? A review of decisions addressing dismissal for workplace usage or possession of marijuana shows an inconsistent treatment which is consistent with the early stages that we are in. Among other things we have noted:

The following are some examples of the consideration of marijuana–related terminations.

Termination for medical marijuana use

An individual was hired to a safety–sensitive position. Upon being hired he concealed his marijuana prescription, abstaining prior to a drug test, and falsely answered several questions on a pre–employment questionnaire. Several months into the employment relationship, a manager detected the smell of marijuana in a truck operated by the employee. The employee admitted that he had a marijuana prescription and was dismissed for failing to disclose this prescription and possession of a banned substance (marijuana) at work. His termination was upheld at arbitration. Judicial review found the company’s policies appropriate, but since the employee failed to disclose his prescription, it was impossible for the company to accommodate him. The court questioned whether termination was the appropriate penalty and returned it back to the arbitrator for further consideration.

The employee self–medicated his chronic pain with marijuana, and the employer dismissed him for smoking marijuana at the workplace as a policy violation. The tribunal held that despite the marijuana intake not being prescribed, the employee was using it for a medical purpose, and that the employee had been discriminated against. However, in upholding the termination, the tribunal noted that the employer’s policy was rationally connected to job performance and was enacted in the honest and good faith belief that it was necessary for a safe working environment.

A mine employee ceased taking his seizure medication and began self-medicating with marijuana. His employer asked him to provide medical documentation of his ability to operate heavy equipment. The employee provided a doctor’s note which stressed the importance of his continued use of seizure medication. After being dismissed, the employee brought a human rights complaint against the employer alleging disability–based discrimination. The employer attempted to have the matter dismissed without a hearing on the basis that it could establish a BFOR and could not have accommodated the employee without undue hardship. The tribunal rejected this, noting that the employer had not attempted to engage the employee in the accommodation process or gather further information on the employee’s condition. A full hearing was ordered.

An employee was dismissed for consuming medically–prescribed marijuana at a work site in violation of company policies. When hired he underwent drug and alcohol testing performed by a third party service provider, where he disclosed that he was authorized by the federal government to possess marijuana for medical purposes. He did not disclose his authorization to possess  to his employer, believing that the third party would convey this information. The employer sought to have the complaint dismissed on the basis that it would amount to an undue hardship to accommodate the employee. The tribunal refused to dismiss the complaint, citing the need for evidence to be provided that would prove this defence would succeed.

Termination for workplace possession of marijuana

Both cases concern employee possession of marijuana without a prescription at work in violation of zero tolerance policies. In Terra Nova, the employee was dismissed when he was found to have brought marijuana to work. The court held that the company’s policy required both possession and an intent to possess it on company property before sanction could be imposed. The court accepted the employee’s explanation that he had forgotten about the marijuana, and held that he did not have the intent to possess it on company property.

In THK Rhythm, two employees were dismissed when one brought two immature marijuana plants to work and gave them to the other. The recipient hid these in an unused area of the workplace. The union grieved the dismissals and requested a lesser penalty, citing the employees’ personal circumstances and service records, their acknowledgement of wrongdoing, and that the plants were immature and not yet consumable. The union also argued that the federal government’s intention to legalize marijuana had created confusion about its status as an illegal drug. In ordering reinstatement the arbitrator indicated that many of the extenuating circumstances put forward by the union had legitimacy but that arguments about the immaturity of the plants and alleged confusion regarding legalization were invalid.

The relatively recent acceptance of marijuana as medication and the potential legalization of recreational marijuana use will both lead to increased issues relating to marijuana in the workplace. We are at the early stages of this development, and courts, arbitrators and tribunals will take some time to develop the legal principles that are to be applied. In the meantime, we will continue to see varied and unpredictable outcomes as these cases are addressed. That said, employers should take the opportunity to review their policies and procedures relating to drugs, alcohol, and accommodation. Any employers in need of further advice are welcome to contact our firm. Similarly, employees wishing to understand their rights further are advised to contact an employment lawyer to guide them through this process.