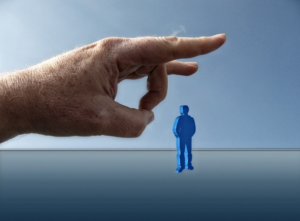 Constructive Dismissal is one of the most difficult concepts in employment law. As opposed to receiving a termination letter or being told “you’re fired”, determining whether a constructive dismissal occurred requires a fact-specific inquiry. The leading Supreme Court of Canada authority on constructive dismissal continues to be the 1997 decision of Farber v. Royal Trust Co., which explains that:

A constructive dismissal occurs when an employer makes a unilateral and fundamental change to a term or condition of an employment contract without providing reasonable notice of that change to the employee.

While this definition is helpful, in practice, it does not necessarily make it any easier in practice. It begs questions, such as, when is a change fundamental? What about a change in title with no loss of pay? What about a transfer to a different location? What if we ask everyone to accept a reduction in hours to keep the company afloat? Changes that have been considered fundamental include:

In this case, Ken and Sylvia Lawrence, spouses, both worked for Norwood Industries Inc., which sells portable sawmills, for approximately 15 years. Ken worked in the factory and Sylvia worked in the warehouse. In April 2012, Norwood made a decision to require warehouse employees to begin work at 7 am instead of the usual 830 am. Sylvia was upset by this and informed the warehouse manager that she would not begin work before 830 am because it would cause her to become ill. The warehouse manager reported this to his supervisor and noted that Sylvia’s attitude was becoming a problem. As a result, Sylvia was issued a formal letter of reprimand and spoken to by a warehouse lead hand who told her that she had to improve her attitude.

The plaintiffs failed to satisfy their obligation to prove on a balance of probabilities that a reasonable person in their position would have concluded that the conduct on the part of Norwood, when viewed objectively constituted a fundamental change to the terms of employment to justify a conclusion that they were constructively dismissed from their employment.

Mr. Justice G.E. Taylor accepted that Sylvia subjectively believed that she was being treated unfairly by being handed the reprimand and that she subjectively believed she was being singled out for unjustified criticism. However, the court found that Sylvia’s refusal to return to work could not be justified on an objective standard as being an appropriate response to the receipt of the letter of reprimand.
He also dismissed the claims regarding the conditions in the warehouse as he found them to be exaggerated. While not ideal, they did not amount to an unsafe or unhealthy work environment, and they were being properly addressed.

This is a welcome decision for employers and a reminder that:

Employers considering any such actions are advised to seek our counsel first to ensure they are in the best stead possible to defend against any potential claims or complaints. Similarly, employees with changing employment terms are welcome to contact us for advice on their legal position.