Nearly 2 years ago, the Stronger Workplaces for a Stronger Economy Act, 2014 (“Bill 18”) came into force, making a variety of changes to the Employment Standards Act, 2000 (the “ESA”). Two of the most notable areas of change in Bill 18 were:

a. The $10,000 cap on ESA claims for unpaid wages was lifted if they arose after February 20, 2015.
b. The time for which employees can claim unpaid wages was extended from 6 months to 2 years. 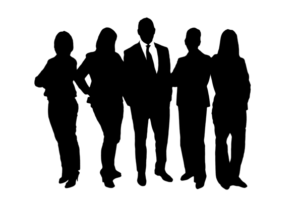 Although Bill 18 provided some necessary patchwork to the ESA, a strong case can be made that the ESA, which came into force about 15 years ago, is in need of a complete overhaul.

Consider how the traditional employment relationship has evolved since the ESA came into force: employees are telecommuting, working flexible hours and changing jobs more frequently, whereas employers are seeking to minimize their risk and cost while maintaining flexibility by hiring more independent contractors and utilizing fixed-term contracts. The very nature of work has changed in many industries, as demonstrated most notably by Uber. Over that time, details of the ESA have been modified but there has been no consideration of the “big picture” and whether it “works” with the current state of employment.

On July 27, 2016, the Ministry of Labour published an Interim Report titled, “The Changing Workplaces Review” (the “Review”), based on twelve days of public consultation and over 300 written submissions from various stakeholders. The Report seeks to inform and give a voice to Ontarians regarding important issues for upcoming legislative change.

Chapter 5 of the Review, which focuses on the ESA, identifies certain key issues and potential solutions for discussion, such as:

i. classification of employees;
ii. who is the employer and scope of liability;
iii. just cause;
iv. enforcement of the ESA;
v. part-time and temporary work; and
vi. temporary help agencies.

In McKee v. Reid’s Heritage Homes Ltd., the Court of Appeal for Ontario (the “ONCA”), recognizing the dramatic impact that classification has on the protections afforded to workers, bridged the gap between these two extremes through the creation of an “intermediate category for work relationships” known as the “dependent contractor.” Dependent contractors are entitled to reasonable notice or payment in lieu. The Court of Appeal recently affirmed this approach in Keenan v Canac Kitchens.

One solution put forward by employee advocates in the Review is shifting the burden to the employer to prove that the worker is not an employee on a balance of probabilities. However, employer advocates were quick to point out that the expertise, efficiency and cost of independent contractors makes them an essential part of the workforce and cautioned against this approach.

This classification issue was recently before the British Columbia Supreme in the case of TCF Ventures Corp. v. The Cambie Malone’s Corporation. In this case, the employment relationship had indicators of both traditional employment, such as a permanent office, email accounts and participation in the company’s benefit plan, and also those of a contractor, such as substantial autonomy over his schedule, the ability to have other clients and delivery of services through a personal corporation.

The court took a functional approach and found that notwithstanding the formal structure and lack of exclusivity, the essential nature of the relationship was akin to an employer-employee situation. The court reasoned:

[t]he jurisprudence of employment law has, in relatively recent times, evolved to recognize the realities of the modern workplace and the fact that the relationship between workers and those to whom they provide their services are not simply binary.

The Future of the ESA 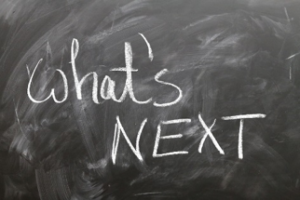 At the very least, the Review has created a thoughtful dialogue on the current applicability of the ESA to the modern workforce. While the ESA’s predecessor legislation had a lifespan of about 30 years, the workforce is changing much more rapidly than it did in the late 1990s.

The Review is currently soliciting comments, ideas and suggestions from all stakeholders with the deadline for submissions being October 14, 2016 which can be sent to the Special Advisors by email at CWR.SpecialAdvisors@ontario.ca.

The Ministry of Labour will release a Final Report in 2017 which will hopefully inspire the legislature to modernize the ESA. Any employers or employees interested in learning more about how this legislative change will impact their respective businesses or employment rights are welcome to contact our firm for advice.
By David Master